Various - Drones To Make Dinner By 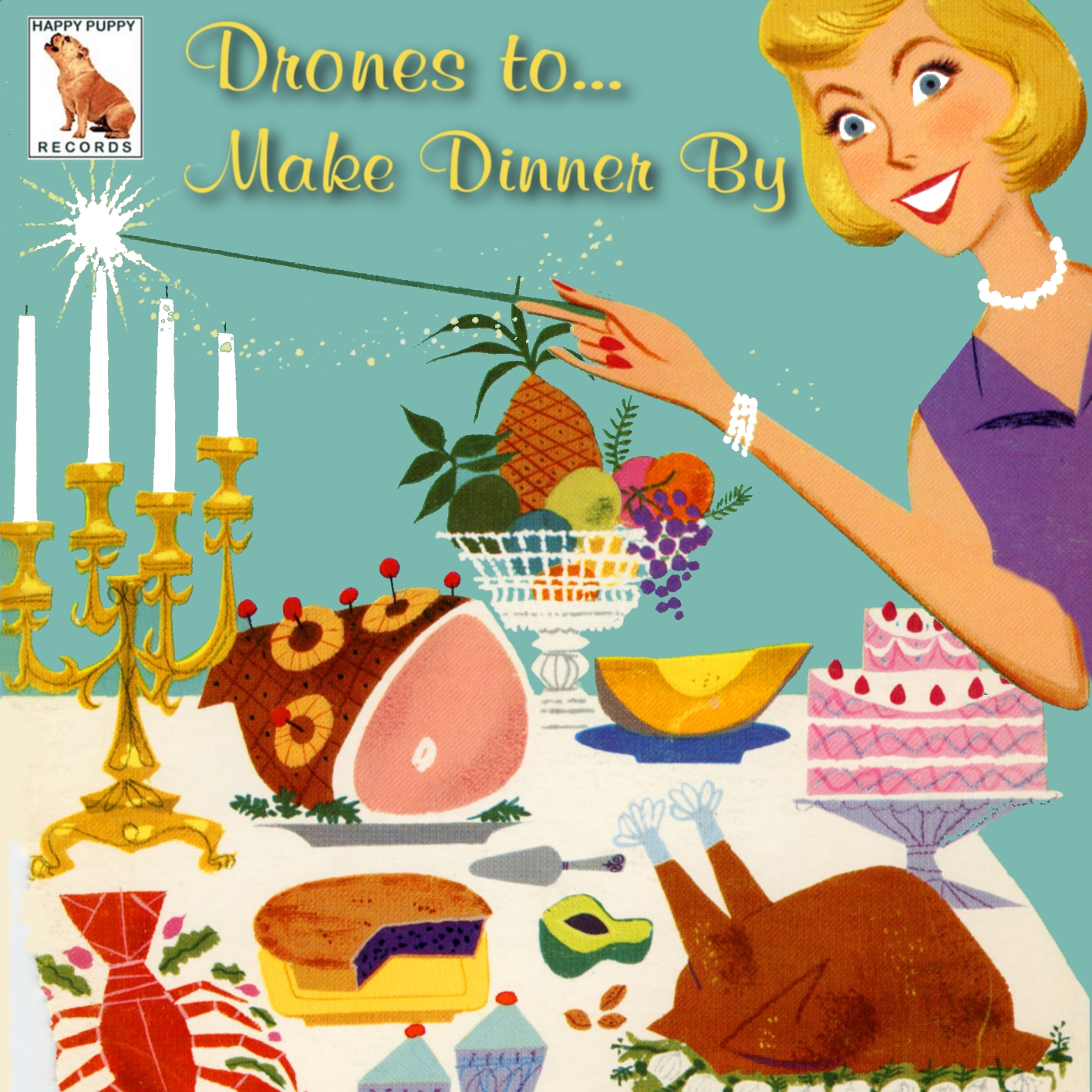 Various - Drones To Make Dinner By

A year ago, I put out the call for drones - not just any drones, but drones that would be good to make dinner by. The inspiration came from those thematic 50's and 60's "mood music" albums.. music to water the garden by, music to relax by, etc.

And I received quite a range of interpretations of what exactly drones would be good while preparing dinner.

After all the tracks were submitted and I began putting everything together, I really wanted to have no interruptions between the tracks. And so I create a medley mix, where all the tracks segue into each other (with no gaps that mp3s can sometimes include) and bridged together everything with a few "kitchen sink" clips from public domain ephemeral films from the Prelinger Archives.

However, since all of these tracks are new and unavailable elsewhere, I didn't want them to be strictly available as a part of a mix for obvious reasons (opportunity for playlists, remixing, etc), so they are also posted individually.

Many thanks to all the composers who took time to send in something, and I hope you enjoy their efforts as much as I do. Please visit their sites, download their music, or buy something to show your support.

Cagey House has released a wide variety of music on a number of netlabels over a considerable period of time.

Daniel creates and performs under the name Gimcrack. He make sound collage based music and lives in the country but spend a lot of time in the city of Montreal busking or digging for sound effect records.

Corey is achingly close to finishing his PhD in music technology at McGill. In his free time he actually likes to `make` music.

echosonic - Warped Picture of the Restaurant Taken Through a Wine Glass (4:13)

This piece appeared in a shorter form for the Disquiet Junto Project 0061: Textinstagr/am/bient project: http://disquiet.com/2013/02/28/disquiet0061-textinstagrambient

This piece drones on an esus2 chord and kind of has a feeling of despair. As if a chef is working long hours and is on break worrying about life. Or maybe a miserable chef can listen to this track while cooking and worrying about life and still not compromise restaurant ambience as this piece features a beautiful field recording by Sasha Burghard http://www.freesound.org/people/Sascha%20Burghard/

Covolux is the ambient/drone project of Kai Nobuko aka as Toxic Chicken.

My musical project is called Nigul and I make ambient drone with field recordings and digital composition. I released several releases at audiotalaia netlabels and some others, and I use to play live and dj sets here in Barcelona. And know more things about me (sorry, it's in catalan): http://nigul.tumblr.com


Featuring clips from the short films:
A Day in the life of a Kitchen
Brighter day in your kitchen


courtesy of the Prelinger Archives